Blinding Darkness of the Enlightenment: Towards the understanding of post state-socialist higher education in Eastern Europe 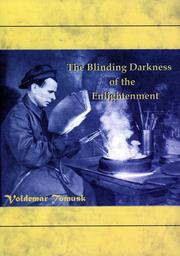 Where are reforms taking East European higher education? Some reformers still hope to return to the Humboldtian innocence while others mix it with medieval Scholasticism. There are those who, being moved by one or another opportunistic drive, try to catch up with almost anything - the OECD, European Union, World Bank or the anticipated digital utopia. In this study Tomusk argues that none of these developments is actually taking place, and that much of the current higher education reform discourse has been based on a false premise of the relative autonomy of higher education of the economic, social and political realities in societies at large. Seeing East European higher education within a broader context, the author argues, it reflects all the problems surrounding societies have - poverty, corruption and lack of ethical values, and as the new elites are establishing their exclusive enclaves in the barb-wired suburban areas, they are also doing it higher education.